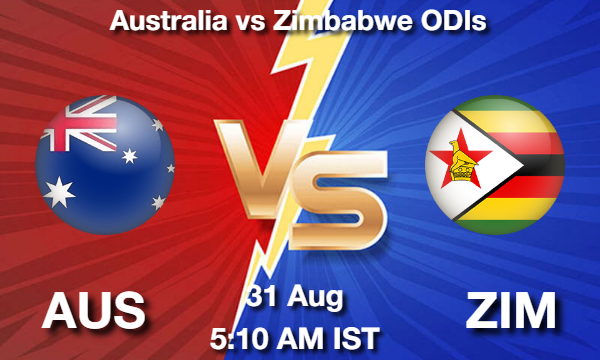 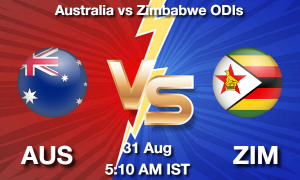 The second ODI will also be played in Townsville. The pitch out here is a batting deck with a good amount of bounce and carry.

Partly cloudy from the first ball to the last in Townsville with the temperature at a very pleasant 25 degrees.

Australia will take on Zimbabwe in Australia vs Zimbabwe ODIs on Wednesday, 31 August 2022 at 05:10 AM IST

Australia looks in good form in recent matches, They are the favourites to win the match

AUS vs ZIM Head to Head

The match will be live telecast on Fancode.

AUS vs ZIM match will be live telecast on Star Sports

AUS vs ZIM dream11 prediction video will be posted soon

Where can I see AUS vs ZIM Live Score?

You can see AUS vs ZIM Live Score on Possible11, Cricbuzz, ESPNcricinfo, etc.

You can watch AUS vs ZIM match highlights on Hotstar and also watch after match here. 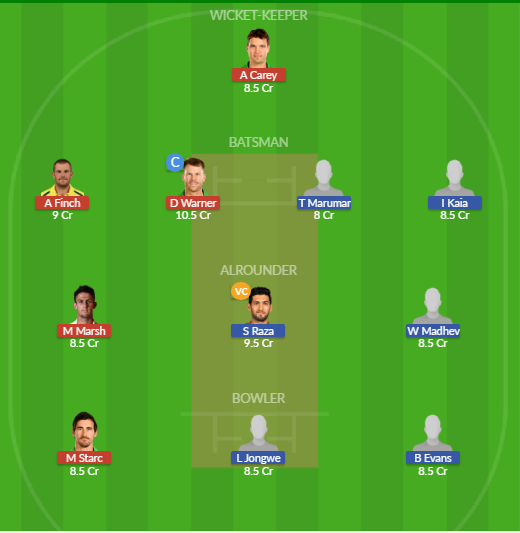